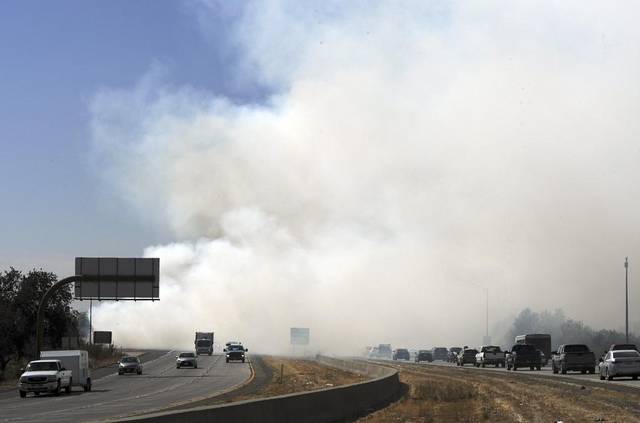 Highway 41 has become a mess (99 was already a mess and nobody cared). We talked about it some in the past episode of Flowing With Famous; Fresno’s ports of entry make Fresno look pretty damn shabby.

Dangerous too because then there were the fires. Fires along Highway 41 because there is too much trash unmanaged dry grass.

Things are getting serious and Caltrans is not helping or can’t help, for the moment.

The Bee’s editorial staff put together a nice piece about how this should not be and how Caltrans says it is because copper thieves have stolen so much of the landscaping’s infrastructure that they no longer have to budget to maintain the local highways – it’s going to replacing copper.

Caltrans says they will get around to cleaning things up in the next couple months.

You KNOW that bullshit would not fly in Los Angeles, SD or the Bay Area. Probably not in Sacramento either. Pretty sure they wouldn’t be allowing the highways to get so wild, that brush fires are normal.

But that’s how we do here in Fresno. We drive around trash, blow through brush fires, and we roll on.

(Pic stolen from the Fresno Bee)

*In case you noticed this is an odd posting style for The Fresnan, I’m taking part in a seven-day “blogging challenge”. One style of post a day, for seven days straight.

One thought on “Fresno On Fire”