WOW, Beth! This is one year you want to stay WAY THE HELL AWAY from talking politics at Thanksgiving. If the table acts like my Facebook feed, things are going to get real uncomfortable, real quick.

Screw all that mess. Talk about Fresno junk this year. It’s universal and sorta kinda doesn’t matter what party you are mostly down with – I am down with whatever party David Lee Roth is at, in case you were wondering.

Here are some Fresno things to bring up at the turkey table that your Uncle may not have been paying attention to. Or maybe for your friend Jason that is back for the Holiday weekend because he moved away because he blamed Fresno for all his stupid little problems but really you know he is just a whiny lazy conceded dick and would not be happy in any town he lived in but WHATEVER now he moved and thinks his life is SOOOO great but we know that it probably isn’t at least that is what we tell ourselves to feel cool when he tells you how great Los Angeles is and how his job really kicks ass and the girls are amazing and it was the best decision of his life.

THE FULTON MALL IS NOT A THING

You saw the picture at the top of this post, right? The Fulton Mall is gone, GONE I say! And we are inching closer to Fulton Street with parallel parking – Lord help us.

Speaking of Downtown, a new park is set to open in the Culture Arts District/Muraltown/LoftCity/Uptown, complete with cool lighting:

Hey, look! Former Fresno State QB Derek Carr and his smoky version of the Blue Steel look, is on the cover of ESPN the Magazine – that’s something safe to talk about: 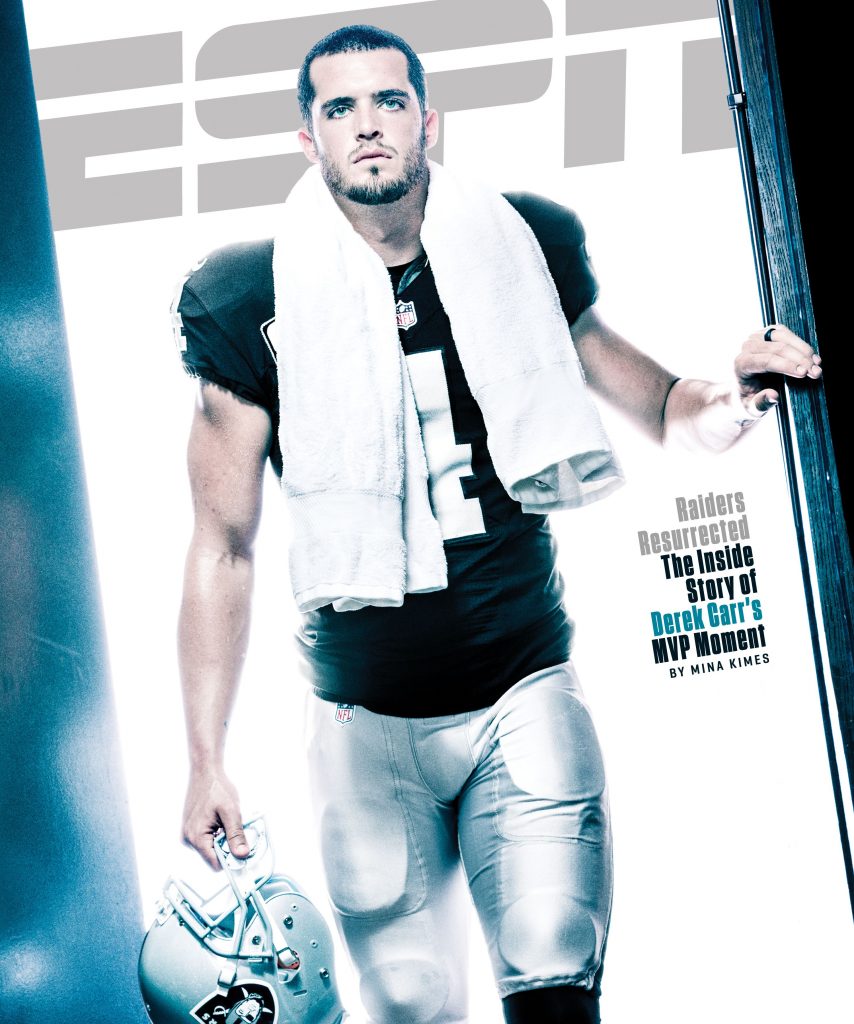 Also, Jeff Tedford is the new head coach of the football team and that’s kinda rad. All the while Pat Hill’s FU-Manchu does radio for ESPN 940. And the basketball team might probably be good again – sadly they are not in town this weekend.

We elected a new mayor. His name is Lee Brand – whom ironically wears no brand of jeans, Lee or Levi, that I am aware of. But before Mayor Swear goes she just may grant a little nerd his Fresno wish: 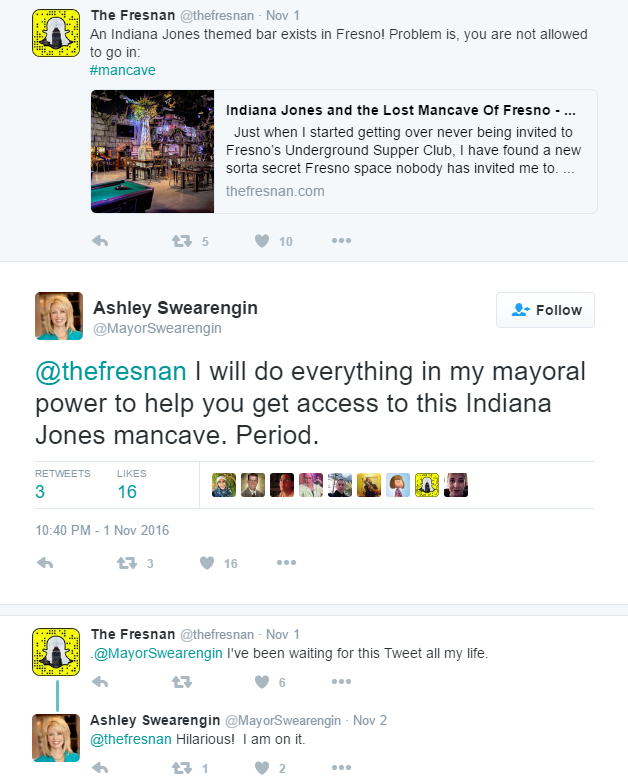 By the way, did you know Fresno has an Indiana Jones themed bar? But you can’t go, so, yeah, no time for love, Dr. Jones.

The Dutch Bros on Bullard & West moved across the street and managed to create a more annoying drive-thru line. Speaking of drive-thrus, Starbucks re-opened at Herndon & West. We now have a Dave & Busters in Fresno that Clovis assholes insist on bringing their kids too. AND we will be getting a Steak ‘N Shake – never mind where.

Oh and Fresno has more beer! Yeah, we have a Pine & Palm brewery, Popolo’s got bigger and added taps, you can pour your own at Me & Ed’s (Bullard & West), Body & The Bog returned with a different name, Tioga is creating a bigger downtown footprint and Full Circle has re-opened with new owners and a hoppy new look:

Kanye came to town… except that he didn’t. KKDJ had a nostalgia party. Them lovely Light Thieves are playing this weekend! One of my all-time Fresno favorites, you should totally go to Fulton 55 Saturday night:

This band. This Light Thieves band is the one you show that dick, Jason. “Do you have a better band in So. Cal, Jason?” Yeah, didn’t think so.

3 thoughts on “Fresno Stuff To Know At The Thanksgiving Table”