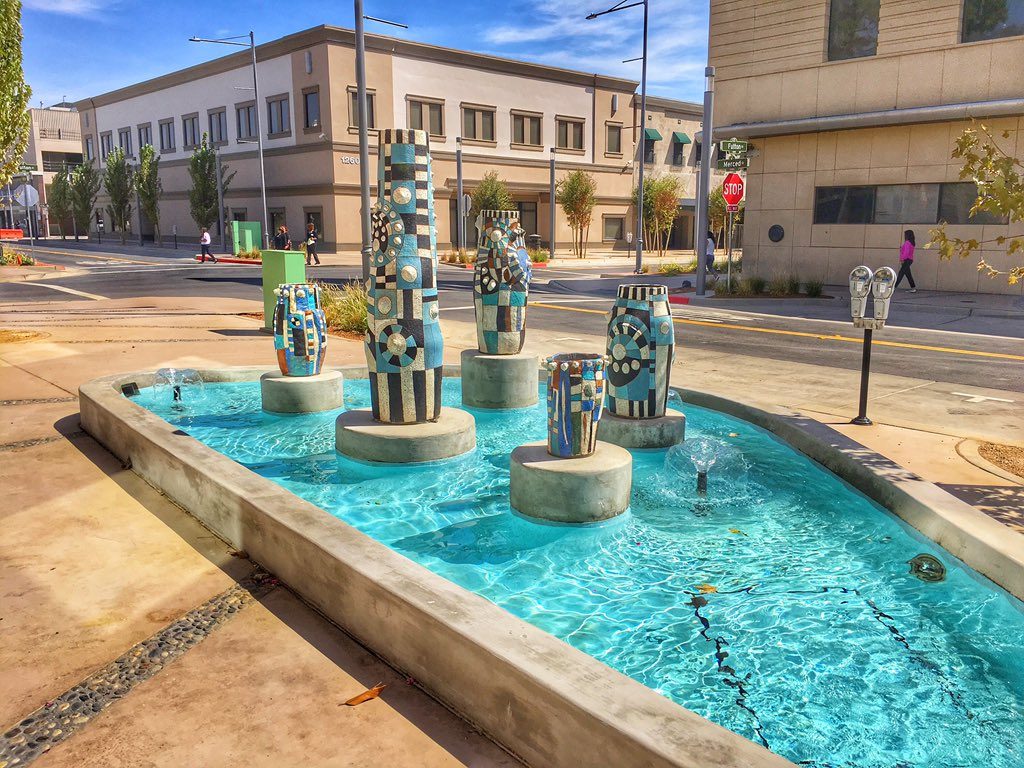 The Fulton Mall is gone. I know. It’s tough to hear. But it’s true. It’s gone.

I already miss the debating.”What are we going to do with the Fulton Mall!?” “Maybe if a Starbucks opens that will save it!” “A Starbucks? Fuck you. All local businesses, asshole!” “They just need to get the fountains working!” “No. They need to have more signage for parking and educate North Fresno about…”

All that is over.

Speaking of having at it, skaters are already having a go at the functioning again fountains on Fulton Street.

Nice move, bro. So, fun, right? WRONG! The skateboards are fucking up the new cement! At least that’s what I’m told.

There was a big battle on a local Facebook group this past weekend. The battle involved a person not real pleased with the skateboarders and BMX bikers already using Fulton as a skate park. And the skaters/bikers getting a bit saucy in their response to the “Get off my damn lawn, you lousy kids!” attacks.

Should Skaters Be Allowed On Fulton Street?

This is actually a damn good debate, both sides have a good point.

PROS FOR SKATERS ON FULTON!

CONS FOR SKATERS ON FULTON

So what to do, what to do… well, the City of Fresno is apparently working on how to deal with the skateboarders:

This sounds like skaters will be on their way out.

But enforcement would be tough. Fulton Street is not River Park. River Park has security roaming around all the time. Fulton does not. The skaters are free to do whatever. That is until a random Fresno Police Person comes by or a concerned Facebook Group Citizen…person suggests that maybe they could possibly stop.

I say let the skaters stay for now. There was a time when skaters were the only people using the mall after the sun went down. I remember walking down the mall at night, 10 years ago, and recording video of skaters doing tricks on the Fulton Mall because it was literally the only cool thing I had seen on the mall at night.

But if they suck at skating? You know, like, they only perform boring tricks and fall down and break off cement and look totally not cool?… done.

*Pic stolen from a ABC 30 Insider.