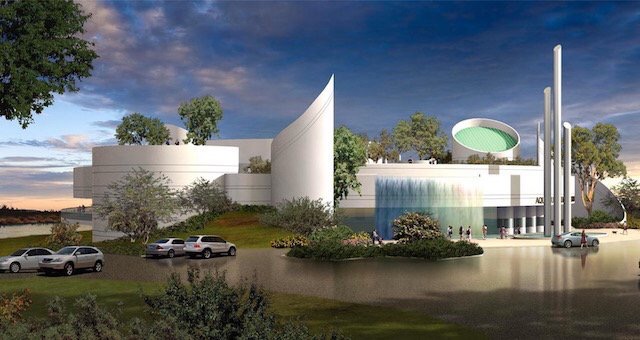 You know those artist renderings? Like the one above for the Fresno Aquarium – by the way, the aquarium is a thing that will finally happen for Fresno… one day.

Fresno has had some cool renderings over the years. They get you all excited about the potential. My current favorite is this one: 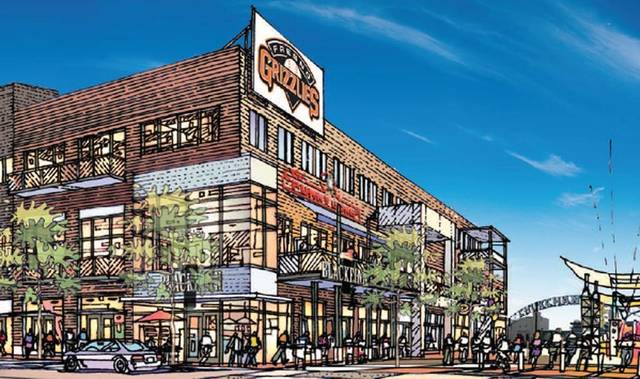 A planned mixed-use project that would be on Fulton, across the street from the Tioga Sequoia Beer Garden – I already need to be hanging out on one of those balconies, drinking a Tioga beer, looking back at Tioga from the balcony, yelling to people in the Tioga Beer Garden “Hey, Tioga! Look at me! On this balcony! With my Tioga! Tioga!”

There is also the remodel of Manchester Center, with some updates on the project. They have been working on getting it started since 2013, as this video demonstrates:

Not all of the renderings come to pass

During Mayor Bubba’s time, I can remember a pretty sweet rendering of the Downtown Lake and Riverwalk proposed. But, alas, I can not find it on the local internets. I think that was the same timeline of Bass Pro sniffing around too.

I also remember a render for Running Horse development and country club. Yeah, that only sorta happened. Some guy named Donald Trump came around trying to get the City of Fresno to give him all the things. They wisely did not. I wonder whatever happened to that Trump guy…

We talked a little bit about Fresno renderings on Flowing With Famous this month. Here is a clip of that:

If you have a historically awesome Fresno rendering your memory deems worth mentioning, leave it in the comments.