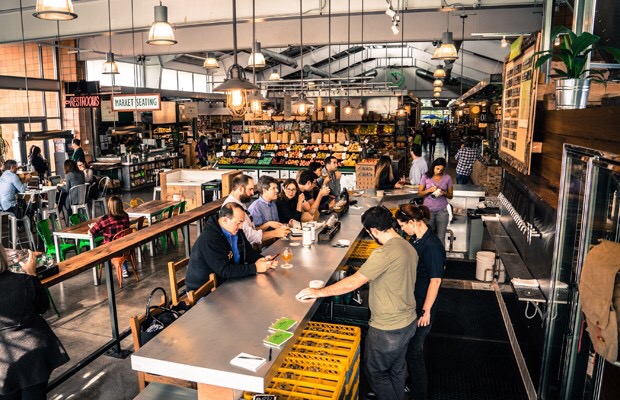 I’ve been trolling Fieldwork Brewing’s Twitter account.
Occasionally when they announce a new beer being released at one of their taprooms, I re-tweet and add something like “And soon our Fresno Taproom”.

You see, California allows breweries to open up a certain amount of “remote” or satellite taprooms. Remote being a taproom not on the grounds of the brewery or in their home city. Fieldwork has one in Berkley (main brewery) and four remote taprooms: Napa, San Mateo, Sacramento and soon to be Monterey. State law allows five remote taprooms.

Fieldwork has only one left to give. I want it to be Fresno.

Berkeley’s Fieldwork Brewing is arguably the hottest brewery in the state. They make damn fine beer. It would be a real kickass thing to have them open up their taproom here. We are on the look out for coolass things for Fresno after all.

Hell, maybe a rooftop Fieldwork taproom in Downtown Fresno? Sounds pretty freaking sweet to me and you can add it to the Ale Trail, bro.

But don’t get excited, Fresnan. I may have been trying too hard and messed it all up – the story of my life.

We'll let you take us on a tour to see if you can convince us.

SUCCESS! They want to take a tour! I’m The Fresnan and on a craft beer podcast, I can show them some cool junk! Let’s do this!

But then they started researching shit.

think we will wait until the Fall. pic.twitter.com/2yjVZLhglM

“Wait until the fall”? That is basically “Don’t call us, we’ll call you.” DAMMIT!

But as long as there is still a chance for the one remaining taproom to come to Fresno, I’ll keep trying. I don’t care how many beers I have to drink while waiting. I will not do it for me, I will do it for Fresno!