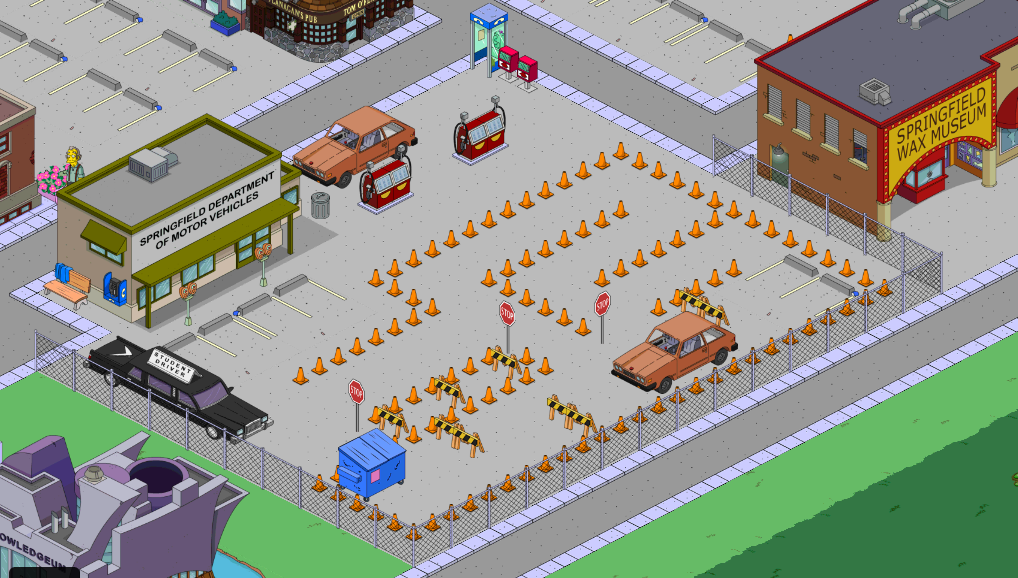 I am awful at doing abnormal adult tasks.

Going to the doctor? I choose no. Taking cans to the recycling center? Nevermind, dump it in the bin. Getting the car smogged? I’ll wait until it’s past due.

I need deadlines and someone twisting my arm at the same time.

This is why I waited until the last couple of days I could do it to get my driver’s license renewed.

I tried to get an appointment a month out and I was too late. All of the available times were after my birthday.

Couple that with this: the California DMV forces you to actually go into the office after you have renewed your license twice in a row online. And now I have a perfect storm of personal weakness.

I have to go into the DMV, like a normal human. The DMV is truly the great equalizer.

What Are The Best Wait Times For Fresno Area DMVs?

So then I start researching Fresno area DMVs. We have:

Wandering through Google it seemed, timewise, one was not significantly better than the other. The DMV closest to my house, the Fresno North location, seemed to be the worst though and had some bad reviews on Google.

It is ridiculous to trust Google reviews of the DMV. Any idiot (like me) can write a review and there a lot of people out there that look for any reason to moan about the service at a place; lots of self-important people out there that have no empathy for somebody working in a service based job. Google and Yelp are filled with these.

So I don’t trust these bad “I had to wait three hours! The people there are terrible!” reviews. I just take them under advisement.

But there are better wait times at smaller DMV locations, right?

It feels like this is true. And most people were advising as such when I put it out to Twitter. My first thought was to go to Mariposa since it’s in the woods and such. But it was quite the drive. What about Coalinga?

Have lunch at Harris Ranch while you’re there.

Ohhh, coupling a lame task with a fun task sounds pretty damn good. Coalinga is in the lead.

Madera and Fresno (Olive) got some mentions too as places that are not that bad of a wait. But I am thinking Coalinga, yep, as crazy as it sounds:

This is true… but I am wierd, I would rather drive an hour and be able to walk right up to the counter instead of waiting in line for an hour at a place down the street.

In the morning, I will take my first drive to Coalinga.

I made a legal U-Turn on those plans.

SICK! I’m sick the morning I am planning to go. I assume it was from working out in the bad air all week, but I dunno. Anyway, it was a perfect excuse for a procrastinator like me. I’ll DMV tomorrow or something.

But later that day I was finally fed up with myself. Time to rip off the band-aid, put on my seat belt go to the very same DMV I have been trying to avoid all along: Fresno North.

I waited until 3:30. I hear that they have to process you, once you are checked in and they want you out of there by 5, so I’m thinking the longest I should be there is an hour and a half.

I went to the “Start Here” line. There were three people in that line. No people in the “Appointments Only” line. I waited maybe 5 minutes in the line. The man at that window said I need to go over to the computers and someone will help you.

Over there I walked right up, a nice woman helped me to a waiting computer. Took ten minutes tops doing the stuff I needed to do. Then the nice woman told me to go to Window 4.

The Woman At Window 4

There was a woman at Window 4 with no wait but she was helping the window next to her and I waited a few minutes while she sorted that out.

Once she got me going, filled out a couple things, found out my left eye is weaker than my right (hoped she didn’t notice), and then had to go to another window to have my picture taken.

This is where I waited the longest. There was only one person ahead of me but this took still 15 minutes of waiting to get to me – they definitely could use another picture machine.

Once my face was done breaking their camera, I go back to Window 4. She signs me off and I’m done!

I think I spent roughly 45 minutes there tops. Not too shabby.

The woman at Window 4 said they were not real busy and we theorized that people might not yet realize that office was open again since a whole plumbing issue had them closed for a bit.

At any rate, my stress about it was overblown. As usual.

Pro Tips For The Fresno DMV

I can not speak to getting stuff done that relates to your car and such, this might be a whole different experience. This seemed to be what all the people waiting in the center of the office were doing. Good luck to them.

Here are a Prius size amount of DMV tips I picked up:

Thanks to everyone at the Fresno North DMV, I will be less likely to procrastinate next time I have to come in.