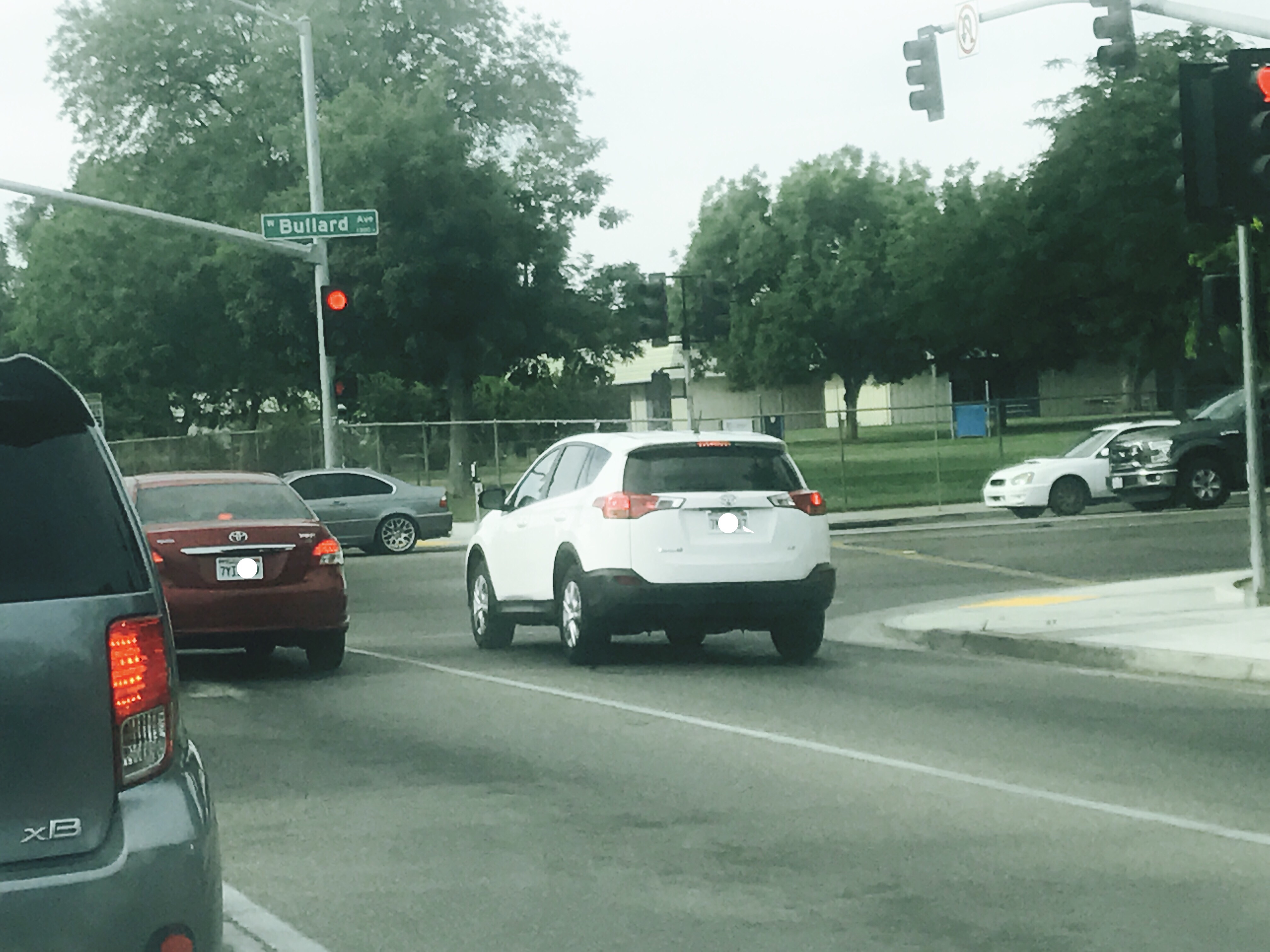 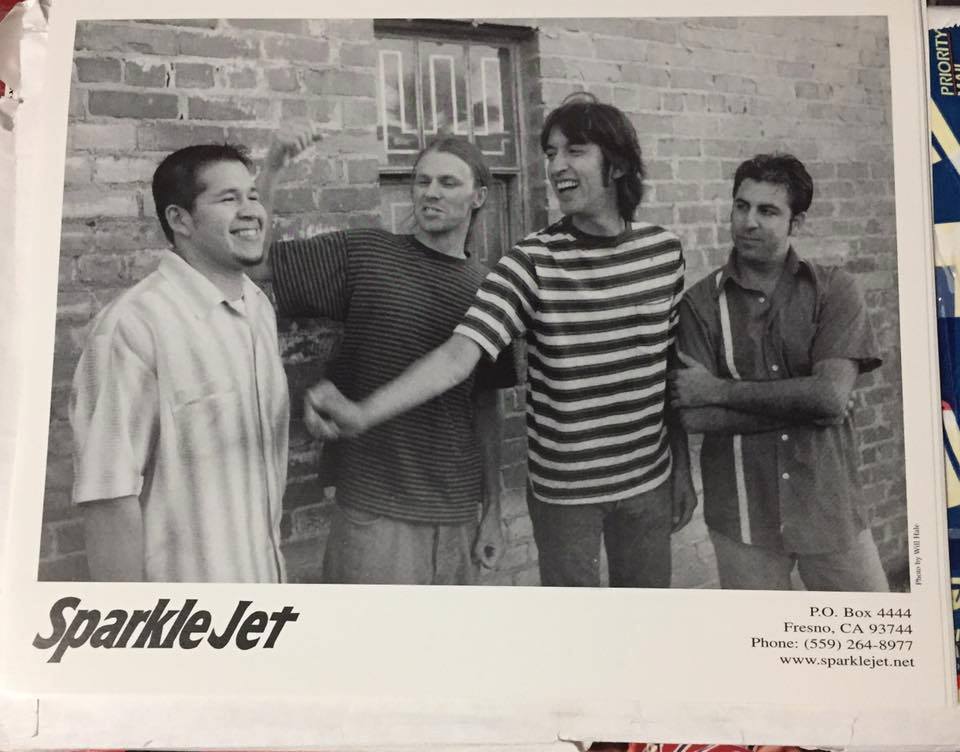 I go back and forth when it comes to my favorite all-time Fresno band. Some days it’s the Light Thieves. Other days it’s Strange Vine. On days I’m feeling hardass metal it’s Farooq. Punk days it’s It’ll Grow Back. If you’d have asked me 20 [something] years ago, I would have said Neanderthals.

But the band I consistently go back to? Sparklejet.

The 20th Anniversary of Sparklejet has arrived and to celebrate, the band went back to the studio to record a new song. It’s called “UR A Dope” and they are letting you download it for free here. Check it:

If you’re like me, this may send you down the Sparklejet rabbit hole. To help guide you, here are nine Sparkle Jet songs that totally still stand out:

I love that the guys are still around and care enough to take the time to make new stuff. They always sound warm and familiar when I listen to them. Important sounding. Very Fresno, but somehow more sophisticated.

If you’re a fellow Sparklejet fan, I’d love to see your favorite songs and/or memories in the comments. 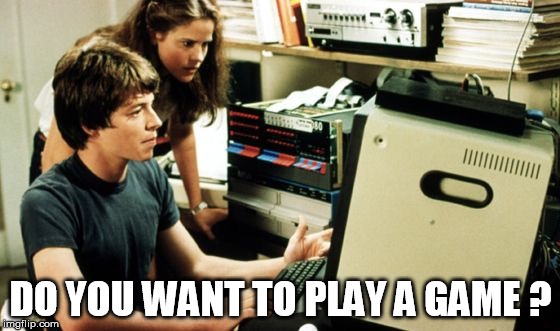 I call it an “Or Game” – stolen from Dorktown. A matchup of similar choices. This one is inspired by Fresno life. Or life in “Landland”. Here we go.

It used to be no contest; Tower District. But now with all the things happening Downtown and the shinny newness of it all and the kinda stagnant vibe in the Tower… makes ya think Downtown. But I just may not be paying enough attention to Tower recently. Downtown is the fun choice but there is still more to do in Tower.

Which one did you cruise on most? Which one used to take you to Yosemite? Yep, Blackstone. Plus it has Manchester and River Park. But Shaw does have Fashion Fair and Fig Garden Village, Fresno State and Forestiere Underground Gardens. But Shaw can take you into Clovis, if you are not paying attention, and that’s bad.

Fresno has been going nuts with tacos the past couple years and this year we seem to have solidified ourselves as the Taco Capital of the United States. Thanks in large part to Fresno Tacos and all the things. I think tri-tip can come back but it seems the magic of the Grizzlies marketing team would need to get behind it if it’s going to happen.

It may be time to stop looking at the construction of Fulton Street “Mall” and stop taking pictures and wait for it to be done. Fulton Street right now appears like it’s going to look cheap as fuck when it’s done. But it’s under construction still so I gotta give it a chance. And the crazyass crosswalk looks kinda cool:

Fulton Street is now more visible than ever now that the lanes have been painted! Also notice the diagonal crosswalk (also called a "pedestrian scramble) #fresno #fresyes #downtownfresno #architecture #revitalization

But I am still, standing smugly at Inyo & Fulton with arms folded, looking down Fulton Mall Street, and waiting to be impressed.

This is not a fair fight. Tioga has been working at a higher level longer (and doing a good job at it) than Full Circle. And I’m excited for the future of Fresno beer with Pine & Palm in the NW, plus the soon to be coming Downtown, House Of Pendragon, Zack’s, 411 Ales and Border Hop.

Dude. Yosemite is one of the wonders of Planet Earth. Nuff said. No strip of sand with small waves and cold water is going to beat that. But Pismo does have The Boardroom.

I confess it has been too long since I’ve sat down for a burger at Colorado so this may not be completely accurate. I have gone to both Triangle locations recently and enjoyed the burgers and such. Dammit, now I’m hungry!

Oh man. Kinda tough here. The suckness of Fresno State football since Derek Carr left really hurts. The Grizzlies have a nice relaxed atmosphere, the beautiful Downtown Fresno skyline, baseball and a swimming pool. But beer is coming back to Bulldog Stadium and tailgating rules.

I could do more but let’s save them for a future post. Comment and let me know what ya think. Go FresNO! 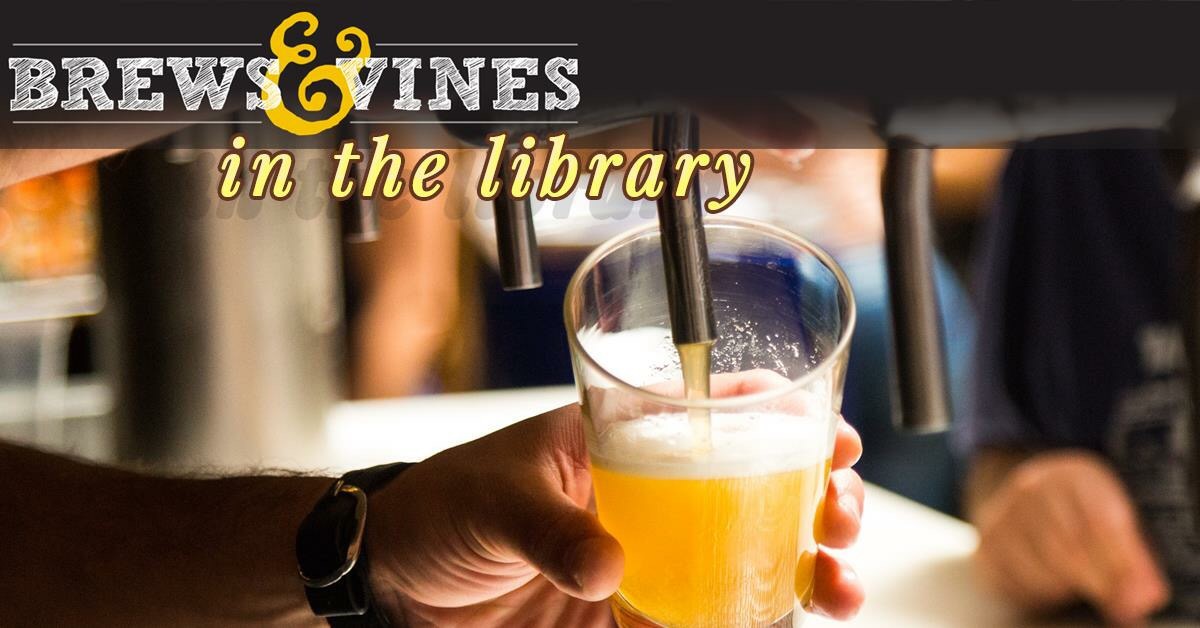 I was going to write a post today about Tioga Pass still being super buried under snow. But then the Bee did one and I was like, “DAMMIT! THAT WAS ALL I HAVE!”

So I guess I will move onto writing about local beer. And not Mammoth Brewing beer because you can’t get over there to Mammoth because of the aforementioned Tioga being buried.

I’m talking about drinking beer in a library. The Woodward Library to be exact. Thursday you can go to a fundraiser there that will have plenty of Fresno beer and food too. 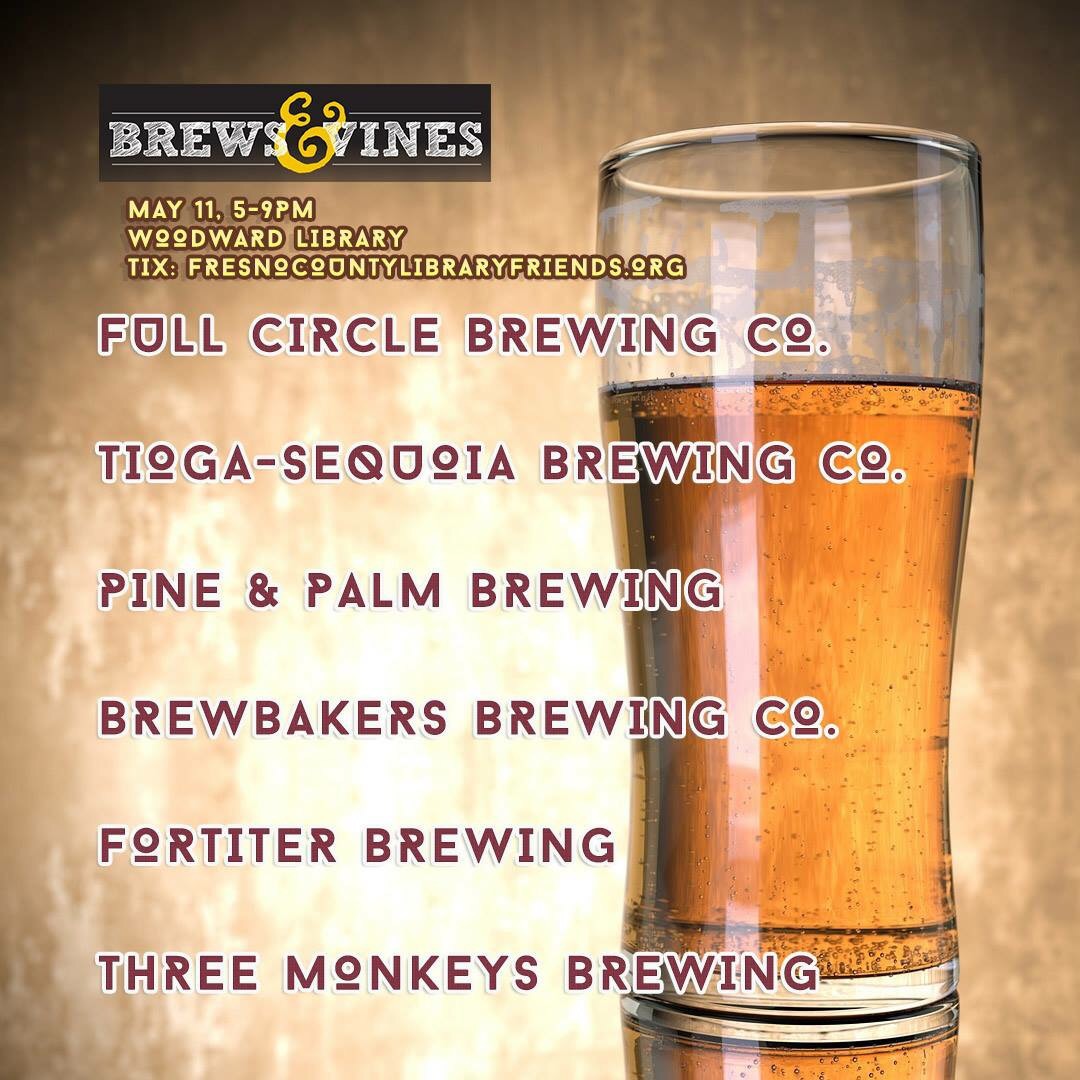 I plan to actually leave the comfort of my couch and attend. Hope to see you out there. I don’t especially like going into N.E. Fresno but at least you don’t need a snow plow to get in.

Speaking of, if you have not seen it, here is how the work is progressing getting Tioga Pass clear: 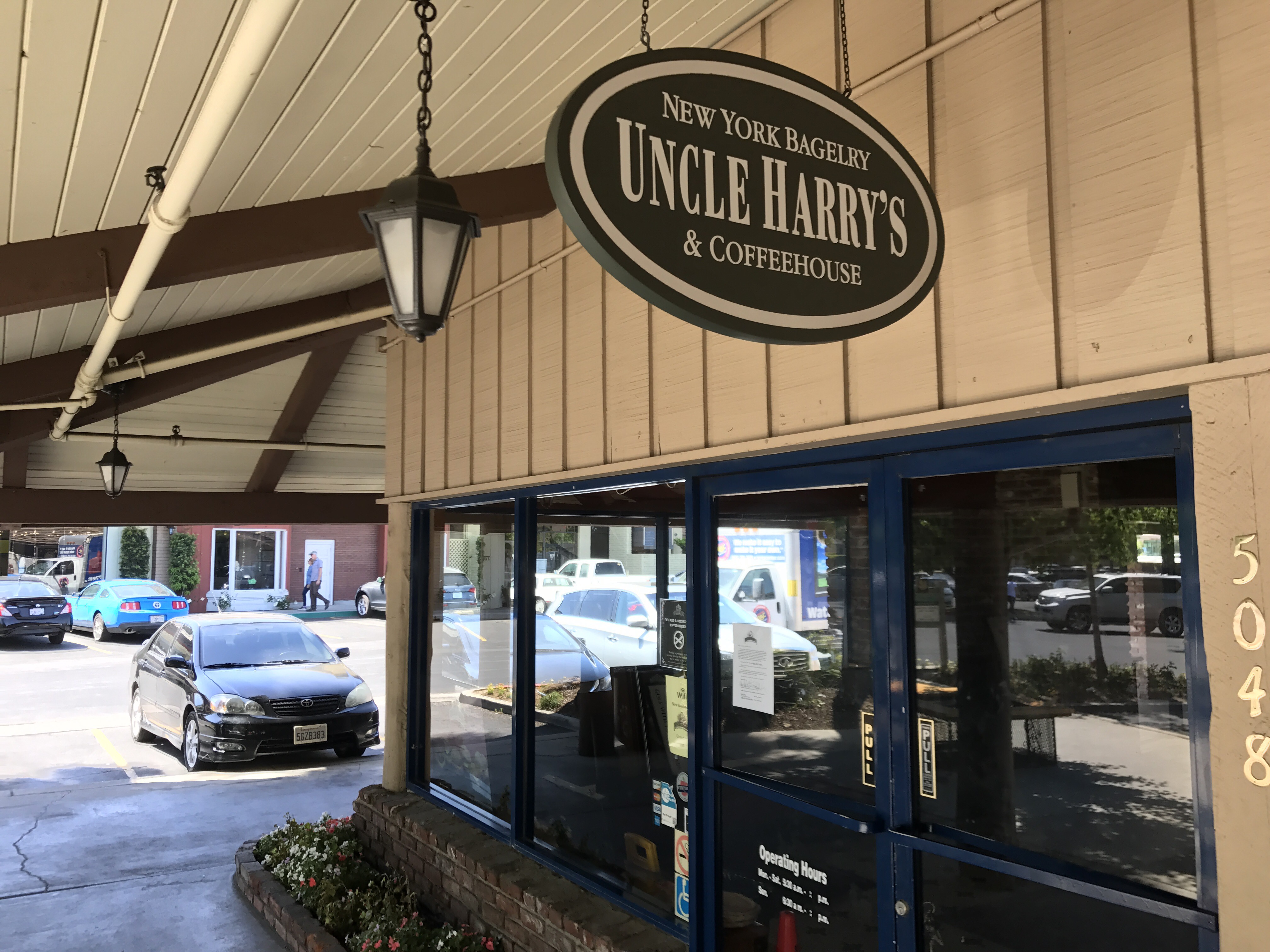 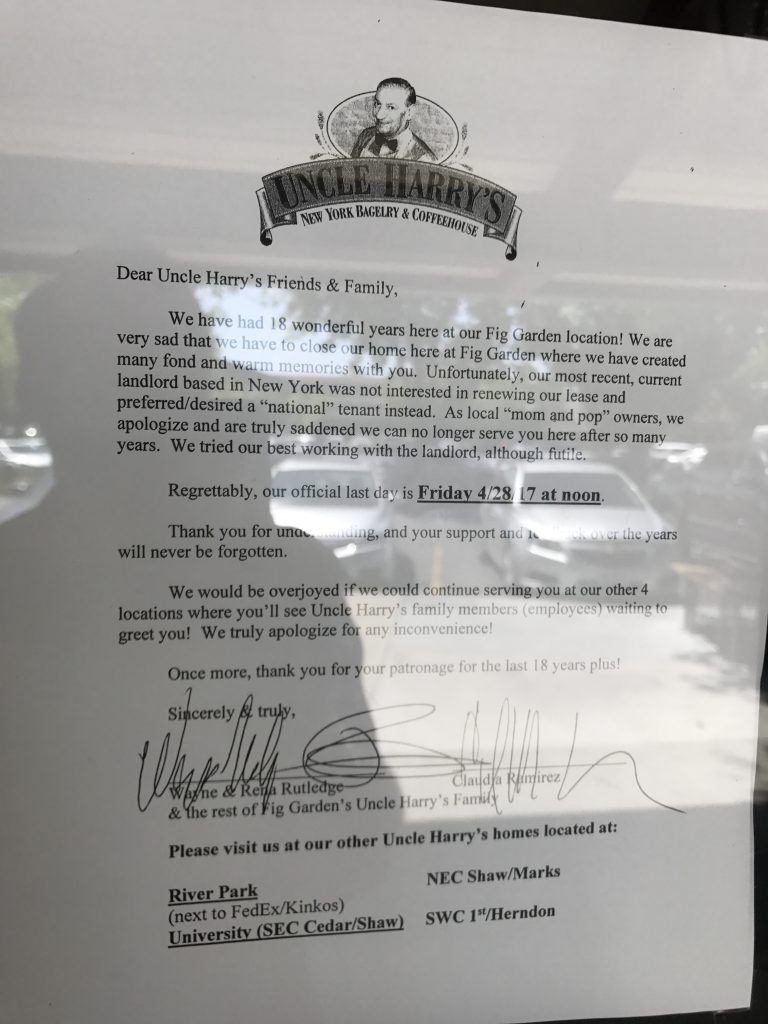