So I hear that beer is coming to some Fresno area theaters. Yeah I know, Tower Theatre has had it all along during festivals and monthly films, but it’s not your everyday theater. This is different.

This is megaplex beer. A beer you can have while watching a Marvel, DC or Star Wars movie. That sounds pretty damn rad to me.

If things go as planned, Fresno’s Manchester and Clovis’s Sierra Vista, will be serving beer (and wine too but, whatev) starting in August or September.

Since I am part of a craft beer show, I feel a beer obligation, a ‘beerglation’ if you will, to help out with the tap-list. I assume they will have draft beer served in plastic cups of some sort.

Here is what I think the tap list should be and I’m choosing ALL LOCAL, baby! Because #drinklocal. I am going to guess and say there will be ten taps, so I picked ten.

This is not MY dream list, but the most accessable list matching with the best local beer.

Is this realistic? No. It’s probably going to be Bud Light and Shock Top or something with similar crapness. But a dude can hope.

LETS NOT EFF THIS UP, GUYS

Hopefully, no matter what beer it is, this brings Fresno one step closer to getting one of those kick-ass Alamo Drafthouses:

Pretty rad. They do have about 22 of those Alamo places spread out through the Southwest and one in SF, so it’s a possibility for Fresno.

We must mind our manners though and show people, like Alamo Drafthouse, that we deserve good beer in our movie theaters. Do you think we can do that, kids?

Let me know what beer you would want to have “on” in a movie theater or if you think Fresno can handle beer & wine at the movies! Leave a comment or Tweet me – @thefresnan. 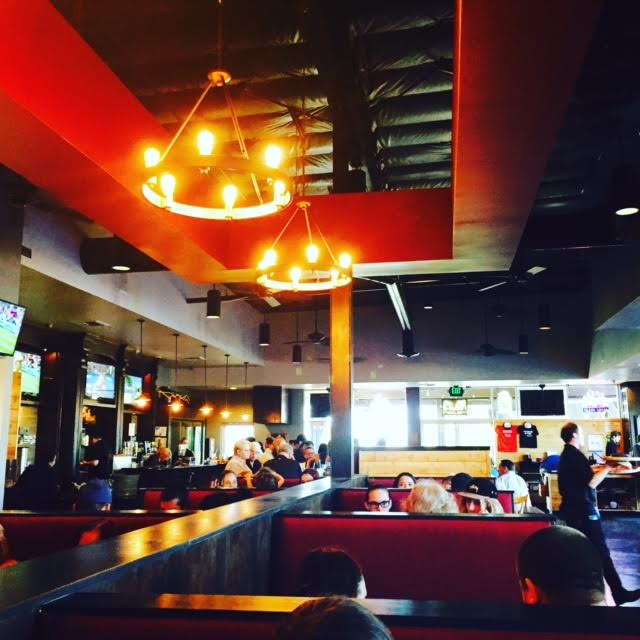 Of course we waited for a table. It’s new and this is Fresno, dammit! Even if it’s an old-new place, we are packing it. The re-birthed place that we (and a lot of Fresnans) waited for is Popolo’s Pizza.

Hey, I know I know, I just reviewed another old-new pizza and beer place in Fresno, but we cried when the old Pops closed so I had to follow up and bring everything full pizza circle.

They still have the box car. There are booths! They seem to have transferred some of the wood paneling from the old place. The paneling looks a bit out-of-place if you had never been in the old one, but it felt good seeing as a veteran of the Blackstone one.

Also like that they kept the arcade going and the food hasn’t changed nor the prices. Welllll, the salad bar is different but more on that in a second.

This Is The New Stuff 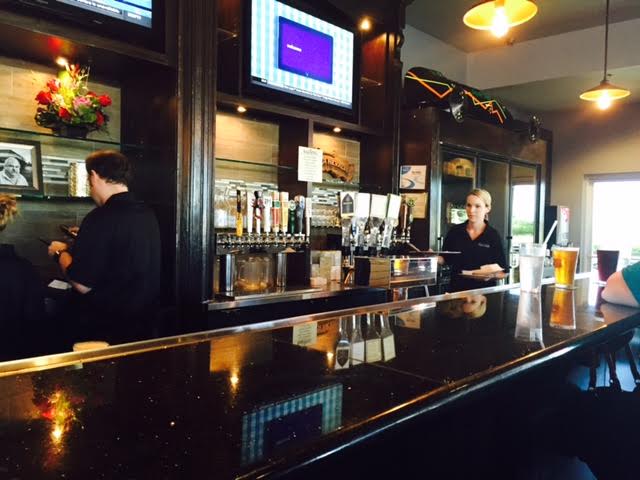 A bar! There’s a bar! You can see the taps now (they were hidden at the old place). Plus more beer! There is also much more seating! And an outside patio! I have not been on the patio yet but it looks cool and I hear it is dog friendly. 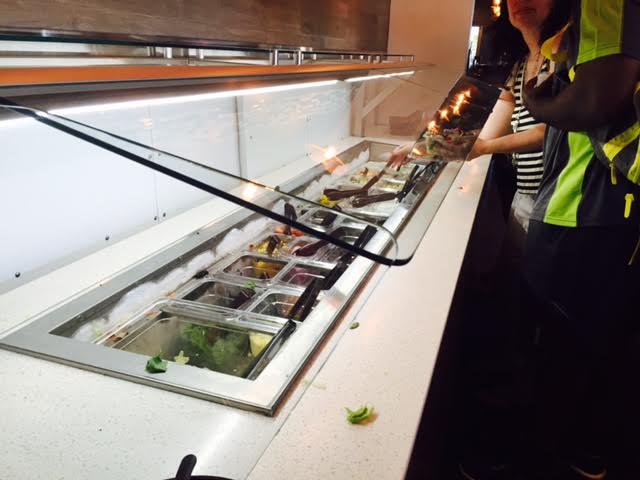 It just does not measure up to the old one, does it? Nope. Sad little trays instead of pretty bowls amongst ice. BUT WAIT! A quote from Popolo’s themselves (on The Fresnan’s Instagram page) about the salad bar:

“The salad bar is ‘under construction’ still at the moment. Keep an eye out for the improvement one it. It won’t disappoint.”

I was surprised to feel something after going to the new Pops. I felt a sense of loss. The closing of the old place finally hit me.  It’s never coming back. I will never set foot in there again.

No matter how nice and cool they make the new one. No matter how many nods to the original and no matter how smart a move it was (and I can’t blame them a bit for it), I miss the old place and always will.

Thank you Popolo’s for keeping the place alive, even in another form. And thank you old Popolo’s for giving me all the tube TV, icy salads, beer, big booths and pizza feels for all those years. 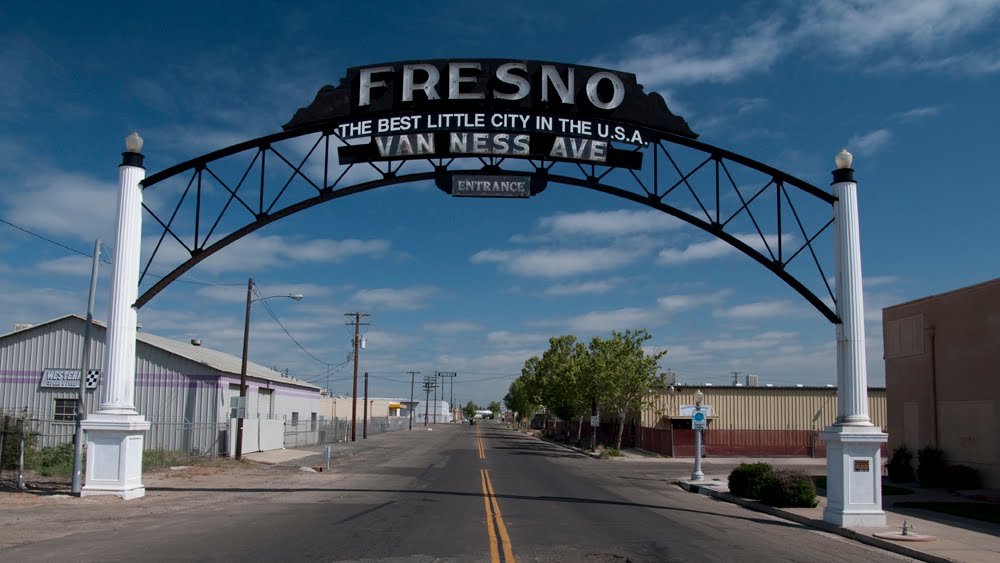 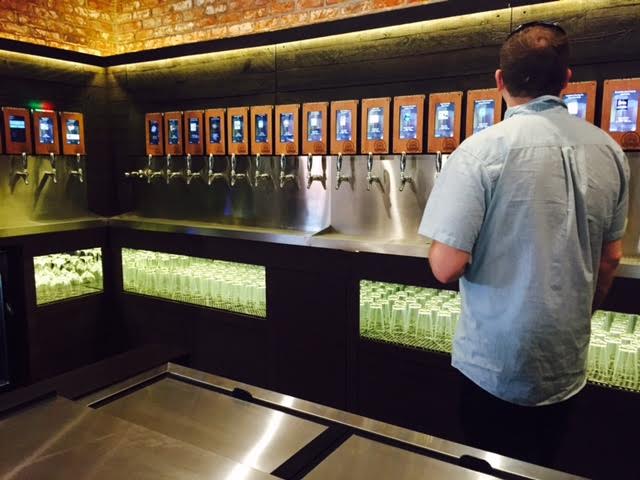 In case you haven’t noticed, the Bullard and West Me-N-Ed’s Pizza has been remodeled and added something Fresno has never seen: Self Service Beer Taps.

Run for the bluffs, post T-Ball pizza meetup, this may be too crazy for the kids!

Here is how it works. You order your food like always, but you tell them you are drinking like an adult. They ID you and start a tab. Then give you a magic wristband to wear.

You pick out a glass, search for the right beer (with pizza, I recommend an IPA, pale or Tioga’s Ed’s Red, but that’s just me), place your wristband against a certain spot on the tap, the tap gets ‘green lit’ and you can start pouring.

In addition to the beer taps, the place got cleaned up and is sporting a lot of wood. 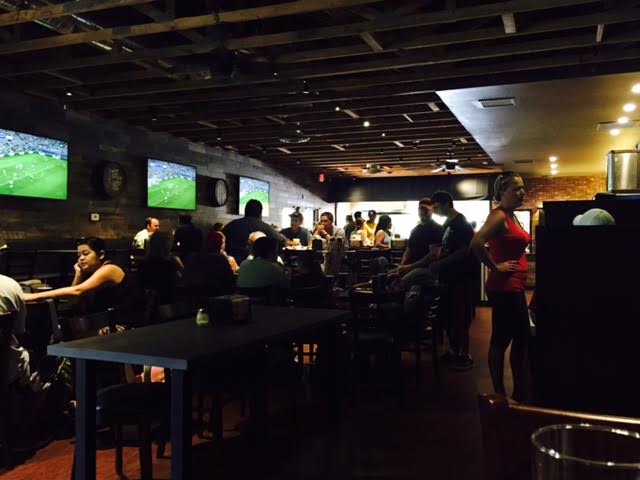 Gone are the video games that the location had. So you might encounter a pissed off child at first. But give them a taste of your beer and it might shut them up.

(Disclaimer: thefresnan.com does not endorse childhood drinking in any way but just needed a mildly humorous line to place in the blog post).

HOW DRUNK CAN I GET?

You can get up to 32 ounces (two pints) but you can ask for more if they can see that you can take on additional juice. It electroniclly tracks how many ounces you’ve poured yourself – Big Brother is monitoring how much you drink, man!

There are 29 taps plus a cider or two and a couple of handles with something called “wine”. I don’t know what that is but I hear it contains alcohol so I guess it’s cool.

This kind of system feels like a trendy thing, but I’m sure more will be popping up. And this one isn’t going away anytime soon.

It’s still pretty busy, as all new Fresno things are at first. But it’s managable. And if you don’t feel like pizza, you can just show up for the beer. They even have a seperate counter now to handle just the beer.

Not having to wait to get a bartender’s attention is a nice change. Although I can see it getting annoying having to get up everytime you want more beer.

I wouldn’t want every bar having this system. But it’s fun, glad it is in Fresno, I’ll be back – even if Big Brother is watching how many Luponic Distortions I can put down.