If you have access to dirt in Fresno and don’t have some sort of fruit tree planted, then you’re a piece of shit.

I have a peach tree. I also have a grapefruit tree but nevermind that now.

I need help with this peach tree. And I’m relying on the knowledge of Fresno, THE GREATEST AG CITY IN THE WHOLE FUCKING WORLD, to help me.

I may have too many peaches. The Internet says I need to thin it out. And that’s what I’m doing. It feels like this is going to work. But every year I try things that I “feel are going to work” and I screw it up.

YEAR ONE
I did nothing but buy the house at the right time and inherit the tree during peach season. It was perfect. Lots of gorgeous tasty peaches and all the right size.

YEAR TWO
I pruned back the branches in February and ended up getting big peaches but not even enough to even fill a Save Mart grocery bag.

YEAR THREE
I pruned back half the branches. I got a ton of peaches but they were small and kind of lame. Only good for tossing at school children passing by.

YEAR FOUR
That’s this year. I left the old tree alone and there are a grip (I’m trying to bring back “grip” as a unit of measurement) of peaches. Too many. I suspect I will get another batch of throwing size peaches. So I’m thinning in hopes this will help. And I’ll be watering more. IN A VERY RESPONSIBLE WAY, CITY OF FRESNO, if you’re reading this.

I think I need a “peach tree guy”. I just wish I knew a Masumoto:

Isn’t David the fucking cutest? The Masumotos are the local Peach Whispers. Help me Masumoto. You’re my only hope.

Now about that grapefruit tree… 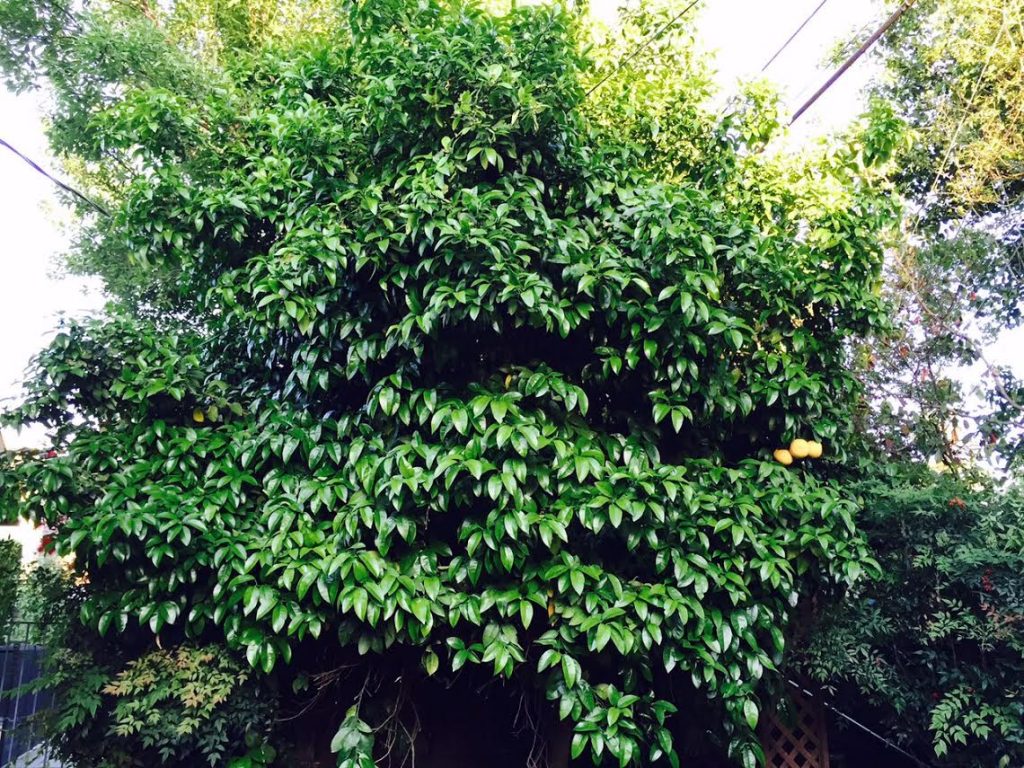 Is a grapefruit still good if it’s been hanging on the tree for a couple of years? Dammit. Now I gotta get a “grapefruit guy”. 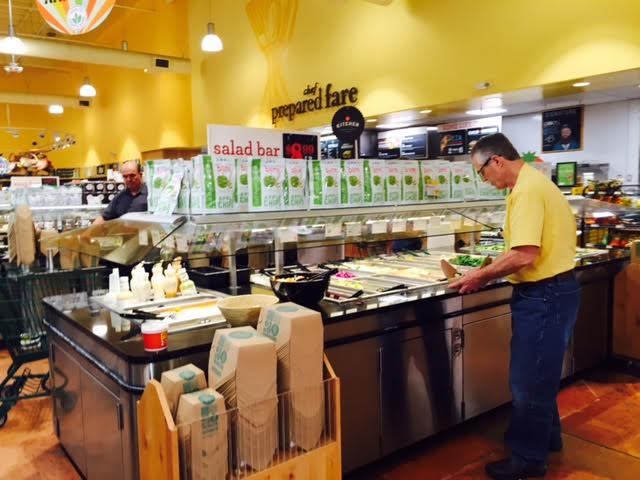 This is going to offend you. One of your favorite salad fixings is going to get dumped on. I’m sorry, but I must keep it real. Blogger code and all.

So hold on to your croutons, here are my 5 Most Worthless Whole Foods Fresno Salad Bar Choices: 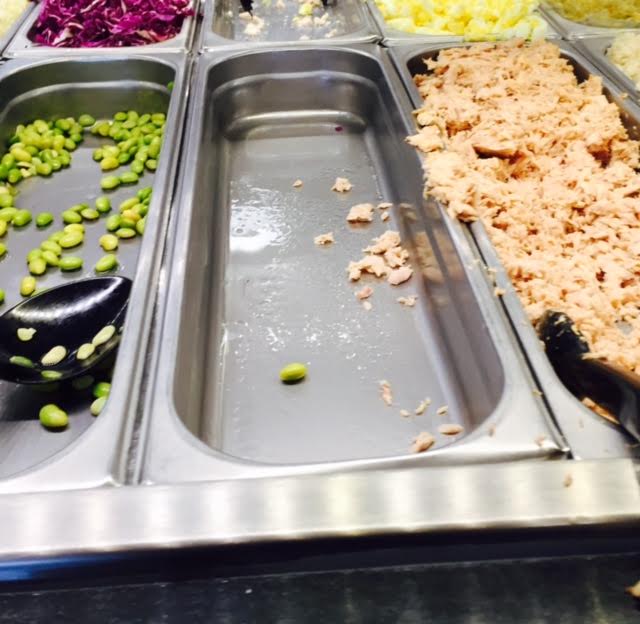 You gotta figure it was something good since it is empty. But I bet it sucked.

4.TIE: BROCCOLI & PEAS. No. Just, no. I’m a grown adult and I no longer have to eat my broccoli or peas (like I ever did), let alone willfully pay to put it on my salad. 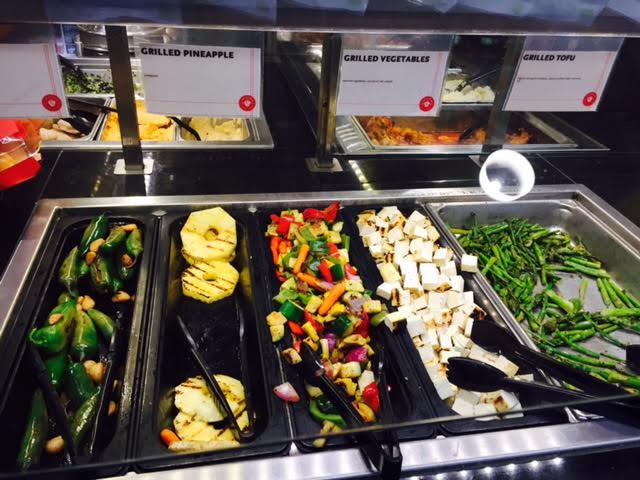 Alright so this stuff may not technically be part of the salad toppings. Controversial pick for sure. But I’ve seen people put this crap on their salads so it totally counts. 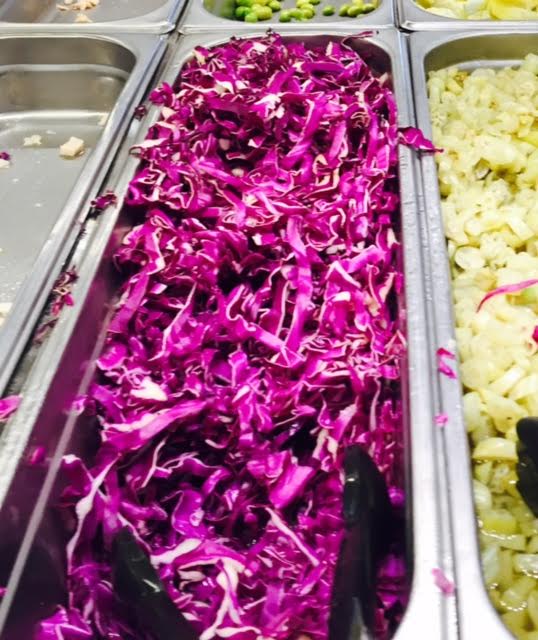 It’s just used for color and you don’t need a build-a-salad to look pretty. It’s a salad that YOU made, it just needs to be functional. The salad is riding in a barely functional cardboard box. It’ll look like crap once it finishes your journey home anyway.
END_OF_DOCUMENT_TOKEN_TO_BE_REPLACED

Thinking differently about California High Speed Rail might be in order if you are in Fresno and don’t want it. 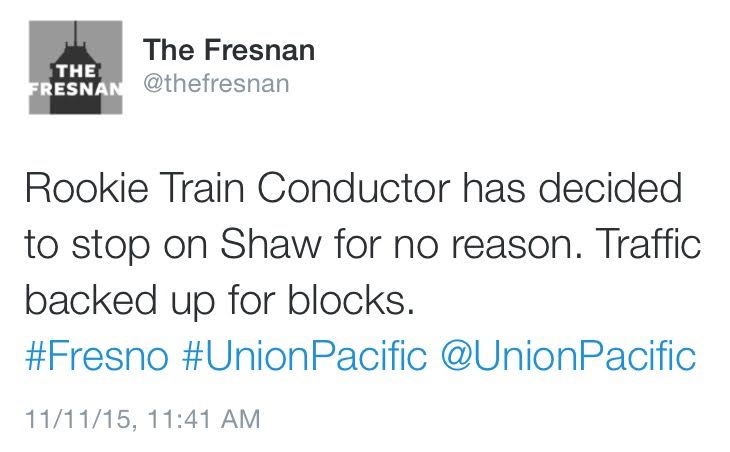 Fresnans. This is your culture podcast. It is called Flowing With Famous. Mr. Joshua Tehee of the Fresno Bee and I have been doing this for many years, mostly talking Downtown Fresno and interesting Fresno culture and music stories. This month’s episode is no different.

We revisit the Fulton Mall groundbreaking and our feelings for that day. We stay in Downtown Fresno and talk about the Culture Arts District and if South Stadium is a good name for that area of Downtown.

The Audie’s Olympic era has closed and we reminisce about the historic Tower District music club which leads us into the Band Of The Episode: Let’s Go Bowling.

The playing of Let’s Go Bowling sparks yet another version of the game: What’s The Greatest Music Act In Fresno History?

We then talk about last month’s Fresyes Fest at Tioga and how we may be getting too old and if there a culture shift in Fresno nightlife. Plus Josh saw Justin Beiber… so that happened.

Thanks for listening!
Show feed. Subscribe on iTunes.
Hosted: Joshua Tehee and The Fresnan.

Fresno is a town of parkers. We love to drive someplace and then park there. Where can I park my thing at the thing? It better be a damn close spot too.

If we could park inside of the business we are going to, we would. This is the only way a Fresnan could be completly satisfied. You would think that the old Woodward Park Drive-In would still be around just for that fact. You were forced to park inside.

Since we love to park so much, you know that when there is the slightest thing off about a parking lot, we are going to complain about it DAMMIT!

So here is what I consider to be the five most annoying/worst parking lots in Fresno:

Easy pick here. The parking at Dog House Grill might be more talked about than the parking in Downtown Fresno. There is no lot in town that makes locals heads shake more.

It makes one wonder how the lot ever got approved by the city, because they do have a policy about such things. Well, Doghouse Grill is a special case. For reals, in order to get approved, owners told the city they would create a lot off-site. They never got around to that lot.

This is how I believe their parking approval happened:

City Of Fresno: Dudes. The size of your parking lot doesn’t even cover your employees. This isn’t going to fly.
Doghouse Grill: Oh shizzz. Well, what if we make a lot off-site and have a shuttle going back and forth?
City Of Fresno: I guess that’s cool. Just make sure I get some of that sweet tri-tip action first.
Doghouse Grill: Deal!

2.SAVEMART – BULLARD & WEST. Mix old people drivers with tight limited space and blammo. Prepare for that milk you just bought to expire as you wait for Old Man Fresno to move out of your way…very slowly. I can feel the tension now as I look at this pic:

3.TRADER JOE’S – BARSTOW. Here is another lot that is too small and shitty to get out of. But those two jars of cookie butter you just bought will make everything better once you’re home.
END_OF_DOCUMENT_TOKEN_TO_BE_REPLACED